CLINT HILL WAS raised in the tiny town of Washburn, North Dakota; he attained fame and saw much of the world while living in Washington, D.C.; and now, at age 84, he’s a contented resident of Tiburon. If you ask him the standard question “Where were you when you heard President John F. Kennedy had been assassinated?” he can honestly answer: “I was there.”

No, Hill wasn’t standing excitedly along the Dallas parade route, nor was he perched on the grassy knoll when shots were fired from the sixth floor of the Texas School Book Depository. After hearing the first shot and seeing Kennedy grab at his throat and fall to the left, Hill ran towards the president’s Lincoln convertible. He heard and felt the third shot as he arrived at the back of the car and climbed on as it sped away, the same moment that Jackie Kennedy started climbing on to the back of the vehicle. He saw that a “large piece of the president’s skull attached to his scalp had flipped forward and brain matter, bone fragments, and blood came out of there.” So sure was Hill the president was dead that one of his first acts following his gruesome discovery was to signal two thumbs down and shake his head when fellow Secret Service agents looked his way.

In the 53 years following that fateful day, life wasn’t easy for Clint Hill. After the assassination, he was assigned to protect the widowed Jackie Kennedy for one year, but 12 years later, at 43, he was induced to retire for health reasons. There followed more than six years of severe depression and serious drinking. A 1990 trip back to Dallas helped him start to confront the painful events of the past. Then in 2009 came a life-changing phone call from Lisa McCubbin, a writer who was working on a book called The Kennedy Detail along with fellow Secret Service agent Gerald Blaine. Eventually, Hill lowered his guard and agreed to talk, ever so briefly, about the day the president was assassinated. Long story short, Hill and McCubbin are now not only writing partners but life partners. They live in Point Tiburon with a view of the San Francisco skyline and have co-authored three books in recent years: Mrs. Kennedy and Me; Five Days in November; and the 2016 Five Presidents: My Extraordinary Journey with Eisenhower, Kennedy, Johnson, Nixon, and Ford.

As a child growing up in rural North Dakota, did you ever dream of someday living in a seat of power and seeing the world as you went about your work? I never, ever dreamt of being in the places I’ve been: Paris, New York, Rio de Janeiro, London, Seoul and Athens, none of that. In fact, I didn’t appreciate any of my life until Lisa appeared and I started writing these books. Then I finally realized: damn, I really have had an exciting life. When I was a kid in North Dakota, all I thought about was going to the gym and playing basketball and going to band rehearsal. I was adopted as an infant and had a simple and enjoyable, but very stern, upbringing. My dad died the year I graduated from college, but Mom lived to see me assigned to protect the president, and she came to Washington and toured the White House and I got to show her that part of my life. 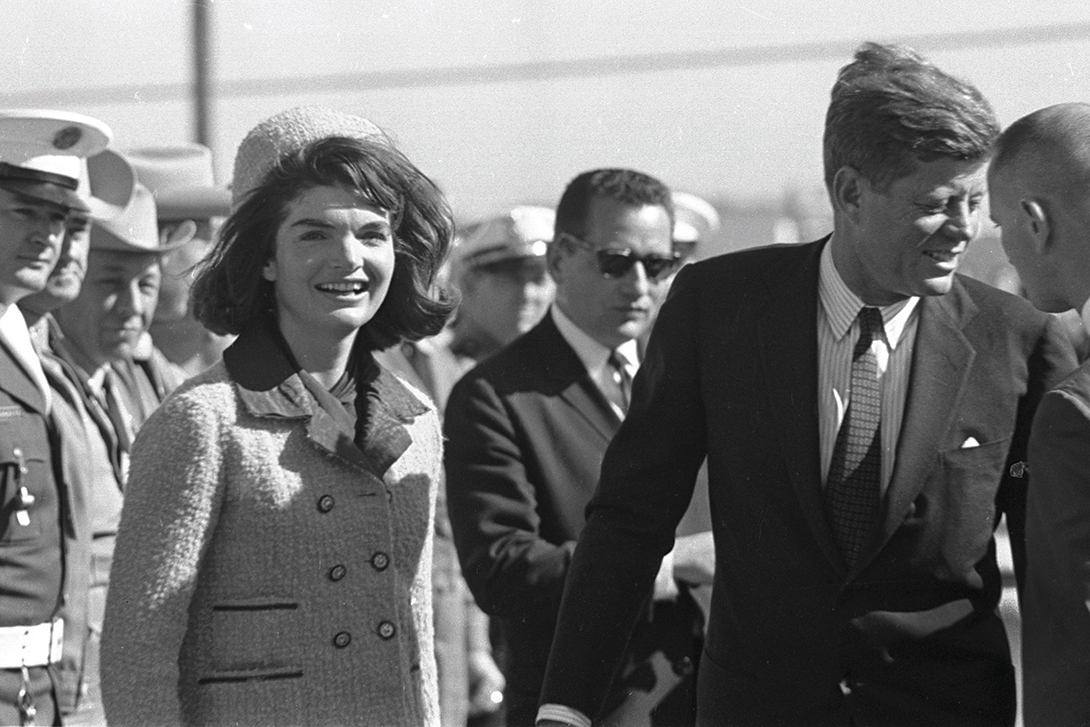 Following the assassination, you were assigned to protect Jackie Kennedy, a position that lasted four years; then you retired in 1975. Why the early retirement and what happened after that? I didn’t retire; I was retired because I didn’t pass my annual physical when I was 43 years old. I was shocked. I knew I was having problems because I’d been to a number of doctors. I was having gastrointestinal problems, neurological problems; I didn’t think I was having psychiatric problems. But I was told my emotional problems over what had happened on November 22, 1963, and a few days after were causing all these other problems. What you’d call it now is PTSD, post-traumatic stress disorder. In those days they didn’t have that terminology and the Secret Service had no debriefing or counseling. We wrote up our reports and that was it. So beginning in 1976, I resorted to cigarettes and alcohol big time. It was the only way I could get to sleep. I kept Dewars White Label in business. I smoked and drank, smoked and drank. Eventually, I wound up cutting myself off from family and friends.

Thinking back, was the root of it remorse that things somehow went wrong? Or was it guilt? It was guilt, pure and simple guilt. I had not done what I was supposed to do, namely, keep the president of the United States safe. I’d been brought up that way by my mother and father — that if you are given a task to perform, you do it until it is finished and completed in the proper way. I was 31 years old at the time and I had lived that way my entire life. Now, we had failed, both as individuals and as an organization, because the president was dead. And the guilt bore down on me. It was horrible; most of the time I couldn’t sleep and when I did sleep I had nightmares.

How long did your depression last? What brought you out of it? Well, my darkest time was from 1976 until 1982. As I said, that was when I cut myself off from everything and everyone. Then in ’82, a doctor friend came to me and said, ‘Look, you’re going to die soon if you don’t come out of this.’ So I quit smoking and drinking and started to feel better. Then in 1990, I went back to Dallas, walked through Dealey Plaza and up to the sixth floor of the School Book Depository Building and realized there was little I could have done differently. Then in 2009, I got that call from Lisa and at first, I said I did not want to talk to anyone. I finally agreed to meet her in August 2009 in Washington, D.C. She was living in the Middle East and we continued to communicate via the internet and frequent phone calls. The more I talked about all that had happened, the better I felt. Eventually, we wrote our first book together, Mrs. Kennedy and Me, which was very cathartic for me.

Regarding Jackie Kennedy, in your book you say that as early as 1961, before a presidential trip to Europe that included Greece, you were called into President Kennedy’s office and told not to let Jackie “cross paths with Aristotle Onassis.” Why was that? I had an agent working with me on that trip who was from Greece and his uncle was the chief of police in Athens, so I asked him. He said Onassis had bought some surplus Liberty ships from the U.S. and something went wrong with the transaction and the U.S. was suing him, Onassis, for 7 million dollars. Our opinion was that the president didn’t want Mrs. Kennedy appearing in a photo with Onassis for fear of the damage it would do to Democratic candidates.

In 1963, just prior to the assassination, Jackie went to Greece with her sister, Lee Radziwill, and without the president. This time, according to your book, she and Onassis did cross paths. What happened there? After baby Patrick Kennedy died in August of 1963, Jackie fell into a deep depression and her sister thought she needed to get away and the president agreed. Onassis was a friend of Lee Radziwill and he put his yacht Christina at their disposal. In addition to Princess Radziwill, there were several people aboard the Christina, including Mr. and Mrs. Franklin Roosevelt Jr. and an Italian princess. At one time, Onassis was skippering the tender from the yacht Christina carrying Mrs. Kennedy and my partner, agent Paul Landis, to the shore, where I was waiting for her. Suddenly, Onassis headed the boat away from me and I had no idea where he was going. Fortunately, an agent from Greece knew where Onassis wanted to put ashore, so we jumped in a car, headed there and outsmarted Onassis. He returned to the normal port and was never alone with Mrs. Kennedy.

After protecting Jackie for four years, you no doubt became close to her. Were you surprised in 1968 when she married Aristotle Onassis? I’d gotten a call from the Secret Service agent assigned to protect her. He said, “Jackie is about to make a big mistake” and wondered if I’d come and talk with her. I asked what was up and he said, “She’s going to marry Onassis.” I’d heard rumblings, but I never thought they’d marry. I told him that wasn’t my place and that she was going to do what she wanted to do and that I had no influence over her. Earlier that year I saw Mrs. Kennedy at Bobby’s funeral, we talked briefly, and that was the last time I saw her.

Do you believe Lee Harvey Oswald, acting alone, murdered President Kennedy? I do. He was an individual who, over the preceding years, had desperately sought attention. After defecting to the Soviet Union, he expected to generate attention when he returned to the U.S. But the press ignored him. Then he tried various jobs, but couldn’t hold one for more than a month at a time. And his marriage was falling apart. Lee Harvey Oswald, acting alone, killed President Kennedy. Based on all the information I’ve been exposed to, including the Warren Commission, that’s the conclusion I have reached.