San Rafael is Perfect for the Parents 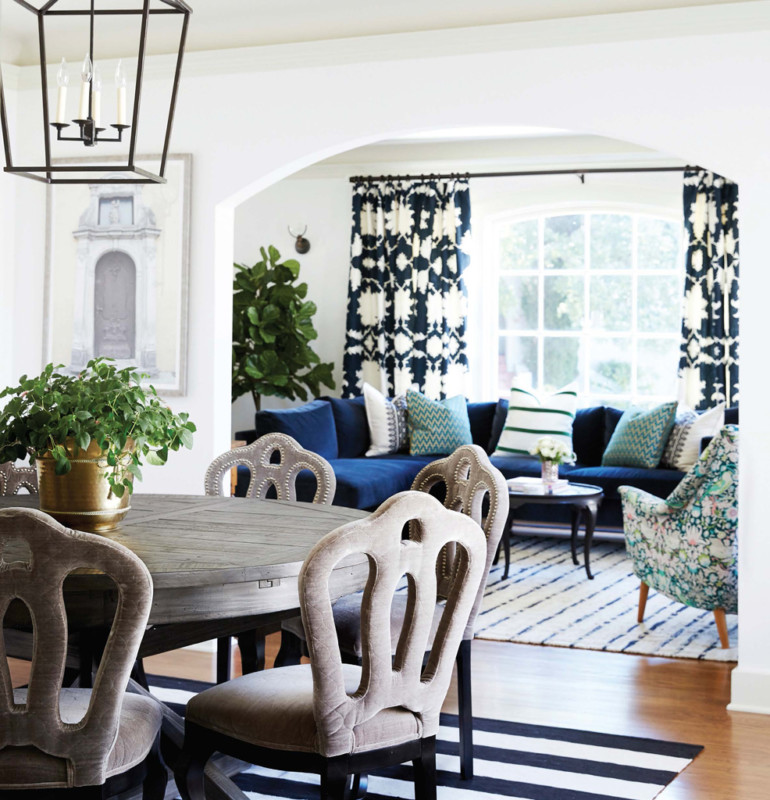 FOR SEVEN YEARS, Carolyn Rebuffel Flannery lived with her husband and kids in a large Mediterranean style home in Walnut Creek. It was a lovely place with plenty of room for their blended family: Sean has three children from a previous relationship. Carolyn has one. But after their youngest left for college, the empty nesters were ready for a change.

“I grew up in Santa Cruz and have really missed being near the water,” Carolyn says. “And my husband loves to mountain-bike, so Marin just seemed like a good fit.” They set their sights on San Rafael and focused on properties with easy freeway access. “I’m an interior designer with clients all over the Bay Area,” she says, “and I was spending way too much time in the car.”

They looked at nearly a dozen places before settling on a 1934 charmer on a tranquil cul-de-sac just a hop, skip and a jump from Highway 101. “Some might not like being this close to the highway, but for us it is awesome,” Carolyn says.

You might expect an interior designer to prefer more of a fixer-upper, for the creative challenge, but that wasn’t a priority for her: “We looked at a few like that, but I’m so busy on other people’s projects, I wasn’t sure I was up for doing my own.” The kitchen, however, was the one space that did warrant major attention. Out came the dated linoleum floors and in went hardwood. But rather than rip out all the original cabinetry, which had plenty of period allure, Carolyn excised pieces that functioned poorly and matched them with new custom-made ones. “I wanted to keep as much of the original kitchen as I could,” she says. “I left the original ironing board cabinet in place because, well, it’s just such a great detail. But I did change out the old countertops.”

Other improvements include a butcher block prep island and a new Bertazzoni stove. Initially, they intended to keep the original to- the-structure farm sink. But as beautiful as it was, it wasn’t practical. “I couldn’t wash a pot in it without water splashing everywhere.”

The rest of the spaces got minimal updating: they refinished the other hardwood floors and painted throughout, going for all-white walls: “My clients tend to want color. I prefer to get color from furnishings,” Carolyn explains. But she made an exception in the master bedroom with an accent wall of yellow grass-cloth by Thibaut, a great backdrop for the new West Elm canopy bed.

Nearly all the furnishings are new to the household, but because she likes incorporating vintage and antiques, she found many items at consignment shops. The dining room chairs are from the San Francisco consignment gallery Design Plus, and a living room side table is from Chairish.com.

It’s considerably smaller than the place in Walnut Creek, but still plenty of space, and with their “grown and flown” freedom they’re busy exploring all Marin has to offer. As Carolyn says, “I love that we can walk out the front door and stumble onto a hiking trail.”