by Kasia Pawlowska 2 days ago

What do air protein and seedless lemons have in common? They both actually exist now. From the farm to your face, from the air to your plate, these are the new things in food. Yes, Air Protein. It sounds like something out of a science fiction movie. But this Berkeley-based company says otherwise. Using a proprietary process, they make meat with air-based protein that is produced without using any traditional farming methods. On top of that, the food is made in a matter of hours not months, and isn’t dependent on weather conditions and seasons. Are you ready for this new protein in your burger and on your pizza? Scientists say it will be ready by 2022. Do you ever think about why we don’t treat what we’re putting on our bodies like what we’re putting inside them? The founders of Botnia clearly have. This organic skincare company grows the plants used in its products on its own microfarm in Sausalito. Started by a seasoned esthetician and a Stanford-trained scientist, each ingredient is chosen due to its safe, anti-inflammatory characteristics and is crafted in small batches in their lab. Find Botnia at Drivers Market in Sausalito and online. At this point most of us have heard about the dangers of carbon emissions as well as the rallying cries to change our current food system. With these thoughts in mind, San Francisco-based Hooray Foods is rolling out a plant-based substitute for a beloved American staple — bacon. Their version is minimally processed and made with a mix of umami and salty, smoky flavors with a hint of sweetness, much like the real thing. Look for it in your local Whole Foods. Lemons are one of the most versatile kitchen staples — great in drinks, vinaigrettes, most dishes, really. What isn’t great is digging their seeds out. That’s a thing of the past, however, thanks to the aptly named Wonderful Seedless Lemons. Originally from Australia, these lemons are now grown in Kern County and are naturally seedless and Non-GMO Project Verified. They are slightly larger, rounder, thinner-skinned and juicier than regular lemons, but taste and smell just like their seedy brethren aside from that. Find them at your local Costco. 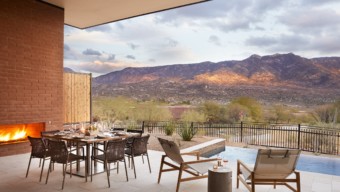