In the early 1900s, the Hub Theater at 142 Throckmorton Avenue in Mill Valley was the place for vaudeville acts and silent movies. Then in 1929, the Sequoia Theater opened just blocks away and soon thereafter The Hub was history.

According to the Mill Valley Historical Society, Sequoia’s opening night was a runaway success. All of her 1,200 seats were filled for both the showings of a “talkie.” There were short films, vaudeville acts and rousing music from a Wurlitzer organ. And for nearly 50 years, nothing much changed (well, over time, the vaudeville and the organ disappeared).

Then in 1975, the Sequoia’s owners “twinned” the theater, making two cinemas out of one. At the time, they also sought to update the Sequoia’s exterior appearance until the town’s Architectural Advisory Committee said, “Not so fast, Art Deco is coming back.” And in a 1999 million dollar remodeling, plush seats replaced the originals, soundproofing between theaters was upgraded and the lobby area and snack bar were rearranged. So good, so far.

But then in August of 2004, the Sequoia came crashing down, literally. Some 40 people were enjoying a Monday matinee of Garden State when a 600-square-foot section of roof caved in. As a result, 33 people were banged up and covered in dust; with three of them being hospitalized.

Yet Mill Valley’s historic Sequoia Theater not only survived, but thrived. Four years later, Mark Fishkin, founder of the Mill Valley Film Festival announced that the California Film Institute, its governing organization, was purchasing the Sequoia for $2.5 million. The sellers were heirs to Blumenfeld Theaters, the family that built the theater back in 1929.

CFI is planning to convert the Sequoia from a two-screen cinema into a cinema and education center with four screens seating up to 500 and with an expanded lobby and a rooftop pavilion. As for altering the historic Art Deco façade? Plans call for it to be retained intact.

Jim Wood, former co-owner of Coast, has written articles and op-ed pieces for such Orange County publications as the Orange Coast Daily Pilot, Metropolitan Journal, OC Metro, and Coast Magazine. In 2000, Jim and Nikki Wood sold Coast Magazine to the Orange County Register and, after traveling the world, relocated to Marin County and began formulating Marin Magazine. His preferred topics are local and global issues, travel, and special interest stories. 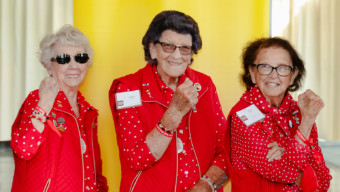