Marin County's Jared Goff has become a pivotal part of the Los Angeles Rams, helping to send them to the Super Bowl in 2019. Goff, now 24, is the fourth-youngest quarterback to win in the conference championship round, the only quarterback taken first overall to start a Super Bowl by his third season, and is one game away from being the first quarterback from Marin County to win a Super Bowl.

Goff already has taken the team far helping with a big win over the Dallas Cowboys in the Divisional Playoffs. In Sunday's game against the New Orleans Saints, he orchestrated a seven-play, 81-yard touchdown drive at the end of the first half. In the second half, his 1-yard touchdown pass to tight end Tyler Higbee, 19-yard pass to Josh Reynolds and 16-yard pass to Robert Woods moved the Rams into field goal territory, where Greg Zuerlein kicked a field goal to force overtime and bring the Rams to victory. He's obviously got a bright future ahead of him.

Yet is wasn't so long ago that Goff was a fresh-faced Marin Catholic grad leaving Novato to go play for Cal at UC Berkeley as a freshman. Here's a look back at our 2013 Q&A with Marin's superstar player: 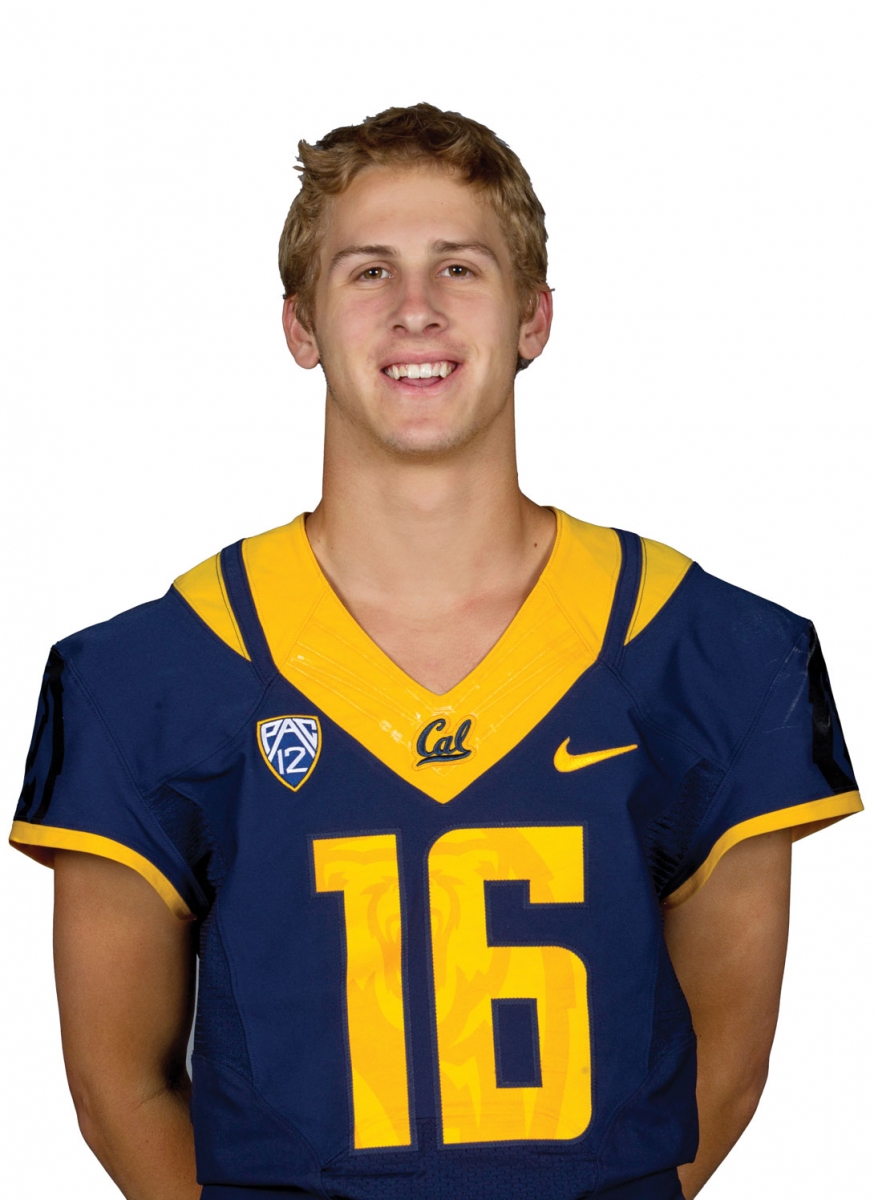 1 How do you like playing at Memorial Stadium (in Berkeley)?

It’s really cool to look up and see 63,000 people. It’s a lot noisier [than high school games] and I like the student section. It’s awesome.

2 Who was your most influential coach?

My first coach was Tony Anello. He’s one of my best friend’s dads — all through Pop Warner he taught me all about the basics. Also my coach at Marin Catholic, Mazi Moayed. Both of them have made me the player I am today.

3 At what age did people start paying attention to you on the field?

I’ve always been athletic and played sports like soccer and baseball, but I noticed people paying attention to me around junior high.

I don’t like to eat very much, but that might be more comfort than superstition. I have always worn an exact type of undershirt, socks and tights since high school; that qualifies.

5 With you being 30 minutes from home, how often does your mom do your laundry?

I don’t like to admit it, but I haven’t done laundry on my own since I got here in January.

6 What do you miss about Marin daily life?

I miss seeing the people I know, my family, and friends.

7 Top three restaurants you would bring from Marin to Berkeley?

I’m a Novato guy, so Finnegan’s and WildFox, and M&G Burgers in Larkspur.

8 Wish you could sometimes just tailgate?

Yes, sometimes I do think about how it would be to just relax and enjoy the game and not have to be super focused. I love playing, obviously, that’s why I do it, but sometimes I’ll think about what my parents and friends are doing and how they must be having a blast.

9 What would you bring to the tailgate?

A hot dog or hamburger, something regular.

Besides just talent for the game, having a confidence — not a cockiness, but the confidence that you can get the job done. Having a cool, calm demeanor. You have to be the guy the team can look to and be responsive to.

Aside from throwing the football, my mental strength and my confidence in myself are my best attributes.

Joe Montana; I didn’t get to see him play but that’s why I wear number 16.