In January 1898, a crew dispatched from Edison Studios in New Jersey arrived in Mill Valley to film what is generally understood as the first commercial motion picture made in Marin County. They were drawn to the base of Mt. Tamalpais to capture and hopefully delight faraway audiences with footage of a rising star that would have the eyes of the world for nearly a quarter of a century. The star, affectionately dubbed the Crookedest Railroad in the World, had rapidly transformed Mill Valley into a travel destination.

The Edison company’s movie of the Mill Valley and Mt. Tamalpais Scenic Railway has been preserved in the permanent film collection of the Library of Congress. The passage of a century, however, has largely obscured the more consequential roles the railway played in our history. The Crookedest Railroad introduced hundreds of thousands of visitors to the unique beauty of Mt. Tamalpais and majesty of Muir Woods, fostered public appreciation of the importance of preserving tracts of nature near large urban areas and allowed passengers to personally experience the rewards of doing so. The little railroad also featured in the creation of the National Park Service and the National Parks System.

The lives of the railroad’s two principal figures were intertwined. Sydney B. Cushing, its founding president, and William Kent, its controlling shareholder, were friends, business partners and avid outdoorsmen who shared a passion for the varied landscapes of Mt. Tamalpais. At a time when most viewed nature as something to be subdued, they had the foresight to prioritize environmental protection.

Kent made indispensable contributions to the preservation of the mountain. He donated to the federal government the remote redwood canyon that became Muir Woods, spearheaded the effort to establish the Marin Water District to convert private ownership of its watershed into public domain and successfully led the campaign to create Mt. Tamalpais State Park. The inspiration for these endeavors, according to Kent, was Cushing. At the dedication of the Mountain Theater in 1915, Kent credited Cushing with being “the man who first taught me the lesson that this mountain is too good a thing to be reserved in the hands of a few and that it should not be a place from which the great public is excluded.”

Although counterintuitive, Cushing’s lasting contribution to the conservation of Mt. Tamalpais was the construction of the scenic railway which exposed the world to the wonders of the mountain and Muir Woods. According to Kent, Cushing “built the mountain railroad more with the idea of its public benefit than with the idea of private profit.” He achieved both.

A hundred years ago the Crookedest Railroad was one of the most famous attractions in California. The compact geared steam locomotives utilized on the 8.19 mile line and the engineering marvel of its ascent from Mill Valley around 281 curves to the 2,571 foot summit of the East Peak of Mt. Tamalpais had been acclaimed in “Scientific American” and in a series of articles in other national journals, magazines, and newspapers. The railway was on the itinerary of national touring companies and prominently featured in every guidebook.

Ordinary tourists, visiting nobles and conventioneers flocked to ride the scenic railway. Susan B. Anthony traveled to the summit to speak in favor of women’s suffrage, John Muir boarded the train to visit the redwood grove named after him, and Jack London rode the train for pleasure. Local families regularly trooped to Mill Valley for their own adventures or to show off the railroad to relatives and friends passing through the region.

The Crookedest Railroad’s boast that it offered “the greatest sightseeing ride in the world” was widely supported by its passengers. The railway’s steam engines pushed open cars uphill to the summit. This configuration provided passengers an increasingly dramatic series of breathtaking vistas as the train climbed. The return trip in self-propelled “gravity cars” was hailed as the “longest rollercoaster ride in the world.”  Arthur Conan Doyle, the Sherlock Holmes author, expressed the sentiments of many in extolling his family’s ride on the train. “In all our wanderings, we have never had a more glorious experience.”

Most visitors came for what was advertised as “the grandest day’s outing in the world.” The local transportation network was conveniently synchronized in the manner of a modern European city. San Francisco passengers boarded the morning ferry to Sausalito, caught a waiting electric train into Mill Valley, switched to the Crookedest Railroad at the Depot, climbed to the East Peak by mid-morning, coasted on gravity cars into Muir Woods and returned to San Francisco at the end of the day.

Those inclined would linger over lunch at the grand Tavern of Tamalpais perched near the summit or take in the panoramic views of the distant Sierras, the San Francisco skyline, and Pacific Ocean on its expansive veranda. Other riders would spend the day hiking the mountain’s trails or walking through Muir Woods until locating a suitable picnic spot.

The railroad offered travelers seeking more in depth sojourns on the mountain lodging at the Tavern on the summit, the Muir Inn located among the redwoods, or the West Point Inn situated on a curve of the railroad line. Some guests stayed a single night. Others spent several days or even weeks exploring the mountain. The author Gertrude Atherton lived at the Tavern for an entire winter writing her novel “Tower of Ivory.”

Cushing’s little railroad made lasting impressions on both the short and long term visitors. The experience left them with an enhanced appreciation of nature and a recognition that resources such as the mountain “are too good a thing to be reserved in the hands of a few.”  No individual understood the impact of the journey better than Kent.

After his election to Congress in 1910, Kent sought to enact his conservation values into law. As if to fulfill Cushing’s intention that the scenic railway achieve a “public benefit,” Kent used the Crookedest Railroad to advance his legislative agenda. In May 1915, Kent hosted a delegation of Senators and Congressman who rode the train to the summit of Mt. Tamalpais and then on to Muir Woods. This showcase for the benefits of preservation and stewardship of natural resources afforded Kent an ideal opportunity to build support for what would become his greatest accomplishment. A few months later, the National Park Service Organic Act of 1916, drafted and successfully sponsored by Kent, established the National Park Service, the National Park System and set a new resource protection goal for the National Parks.

As Norma Desmond lamented in “Sunset Boulevard,” even a starlet who once “had the eyes of the whole world” may be cast aside in the public’s embrace of new things. Such was the fate of Marin’s first movie star. The advent of the automobile era sealed the fate of the Crookedest Railroad in the late 1920s.

Indelible memories survived in those who rode night trains to witness Halley’s Comet blazing in the sky during its famously close passing in 1910, whose eyes were widened on the railroad by the grandeur of Mt. Tamalpais and Muir Woods, or who experienced the thrill of descending the mountain in a gravity car in the light of a full moon. Yet, in the rush to modernity, few mourned the demise of the renowned train line that played a central role in the early life of Marin. In a decidedly unsentimental fashion, the railway cars were burned, the locomotives were sold off to be eventually scrapped and the train tracks were torn from the ground. Only a single piece of the railroad’s rolling stock, the celebrated Engine No. 9, survived the destruction of its brethren through a series of fortuitous circumstances.

In 2018, the engine was offered for a sale at an auction. A group of Marin residents, recognizing its singular historical importance, quickly formed a non-profit which submitted the highest bid. Friends of No. 9 is currently raising funds to complete restoration of the engine to pristine condition.

In July 2022, a broad coalition of Mill Valley civic and business leaders offered to privately fund the return of Engine No. 9 to the stage it once occupied by installing it in a new addition to the city’s Depot Plaza. They seek to provide the engine with another star turn as the centerpiece of an educational display on the nearly forgotten part the Crookedest Railroad played in our history. The proponents expect the installation to draw visitors, enhance the vibrancy of downtown and generate economic activity for local merchants.

The City of Mill Valley is considering whether to accept the donation and approve the installation of what the Mill Valley Historical Society has called the “crown jewel” of the City’s history. The fate of Engine No. 9’s comeback attempt will be decided by the City Council this Spring. Unlike Norma Desmond, Marin’s first movie star has a legitimate chance to reclaim a stellar role. 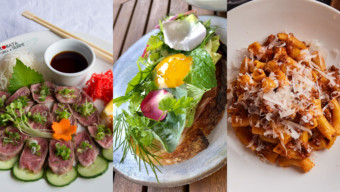