by Jim Wood 2 weeks ago

Based on the initials following his name, David Klein, MD, MBA is eminently qualified to run the 327-bed MarinHealth Medical Center, formerly known as Marin General Hospital. After receiving his medical degree (MD) from University of New Mexico, Dr. Klein practiced general surgery for 14 years; he then earned a master’s degree in business administration (MBA) from the University of California, Irvine. Now, after 30 years as a medical professional, it can be said he’s as capable and comfortable in the boardroom — as he is in the emergency room.

Dr. Klein became CEO of MarinHealth in September of 2020. Before that he was CEO of two San Francisco hospitals: Saint Francis Memorial and St. Mary’s Medical Center, both part of the Dignity Health system. And before that, Dr. Klein’s surgical and administrative positions were in the State of Texas.

“I could not be more excited about the opportunity to contribute to MarinHealth’s stellar reputation for high-quality, safe, innovative and patient-centered care,” Dr. Klein remarked upon assuming his responsibilities at MarinHealth. “My predecessor, has truly set the benchmark for excellence in healthcare, and I intend to build upon that incredible legacy.”

MarinHealth is Marin’s “community hospital.” The physical 20 acres of land in Greenbrae, the 570,000-square-feet of buildings and so forth — are owned by the Marin Healthcare District. The district is comprised of every city, town and area of Marin County except Novato. And the The Marin Healthcare District is overseen by a five-member board of directors that are elected by those who live within the district. So yes, MarinHealth is Marin’s hospital. In 2013, the taxpayers of Marin generously funded a nearly $400 million bond to build the Oak Pavilion, which houses the majority of our clinical care.

What challenges keep you awake at night?

First, let me say we’ve had remarkable success over the last couple of years thanks to the amazing team I have working with me. But looking forward, the headwinds we’re facing are significant and they are likely to get even more difficult in the future. It has been a rough couple of years for the healthcare industry. The primary challenge is in workforce shortages, meaning difficulty filling key positions like nurses, medical assistants and key technicians. This is happening in many industries, but the healthcare industry is being particularly hard hit. And it’s not just a local issue; it’s a nationwide problem. Our shortages are related to difficulties of the pandemic — people are leaving these positions due to retirement, the demands of the job and, quite frankly, burnout. That being said, we are slowly rebuilding our workforce. Our other challenges include quickly escalating costs, not only labor costs but medical and pharmaceutical supply costs. Shrinking reimbursement from insurance sources is also a growing challenge.

With all of the above challenges, plus managing nearly 2,400 employees and over 50 different clinical operations stretching from here north to Santa Rosa and east to Napa, how large of an administrative staff do you have to assist you?

I have a team of eleven executives and vice presidents who make up the executive council. The group meets once a week for two to three hours. Plus, I meet with those who report directly to me for at least an hour each week.

On any given day, how many patients are in MarinHealth’s hospital? How many enter the Emergency Room? How many babies are being born?

Right now, today, there are 180 patients in the hospital which means we’re at about 55 percent of occupancy. On an average day, 125 people will come into our emergency room of which 75% of those patients will be treated and sent home the remaining 25% will be admitted into the hospital for further care.

And because MarinHealth is the only hospital in Marin County with a maternity ward, we had over 1,500 births in 2022.

What I would say is that I miss being a surgeon; every day. I really enjoyed the one on one experience and making an impactful difference in individual lives. However, I truly love doing what I do today. It gives me an opportunity to impact healthcare on a broader scale. Mine is an exciting role where no two days are alike; no hours are alike. There are so many different things that I do. So, yes, I do miss being a surgeon but I really enjoy the opportunity to tend to the needs of a broader community and to make a difference on a larger scale. 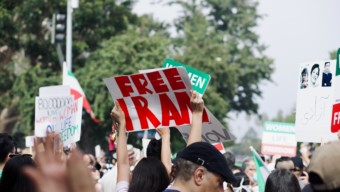