Cathy Rath wears many hats: She’s a professor, a social justice advocate and organizer, a writing coach and tutor, and now, a novelist. There’s one thing that unites her passions, however, an unwavering commitment to social good. Rath is from New York, but was drawn to the West Coast’s activist environment in the 1970s. She attended the University of California Santa Barbara (UCSB) and then San Francisco State University (SFSU), where she is now a professor in women’s health. As a social justice advocate, she has led public health campaigns, and her efforts to reduce violence against women has earned her recognition and awards.

Her first novel, Ripple Effect, is set within the turbulent 1960s and ’70s. When the central character, Jeannie Glazer, is arrested for protesting during the 1968 Democratic Convention in Chicago, her bail is paid by her “pop” — but her father passed away years ago. Stunned and suspicious, Jeannie becomes convinced somebody is watching her. Her search ends up closing in on an even darker secret about her father’s tragic death.

We spoke to Cathy about her novel. How did your experience with protests in the ’60s and ’70s inspire you to write this novel?

A junior high school student in the late ’60s, I was raised in a liberal community that paid attention to the era’s daily turbulence. The nightly news in our home showed shocking scenes of the Vietnam war, massive anti-war protests, fiery civil rights marches, and the assassinations of Malcolm X, MLK, Jr. and RFK. I didn’t know it then, but something profound had taken root. After “Tricky Dick” (what we called him) was elected that November, the war escalated, and a draft lottery had begun. Finding it impossible to stay naïve or apathetic, I entered SUNY Binghamton in 1974 and majored in sociology. By 1976, after transferring to UCSB with my radical boyfriend, I was all in and became involved in social justice causes ever since.

Were there any social themes you were hoping to highlight in writing this novel?

Yes, indeed. My sociology professor and former Students for a Democratic Society activist, steered me on my career path. He was all about walking the talk. By the late ’70s, women had made liberating strides in our “own” movement, and with the tools acquired from those courses, I jumped in headfirst. From a health educator to a violence prevention manager in Novato, and a Women’s Health professor at SFSU for the past 11 years, women’s rights is a major book highlight. Protagonist Jeannie embodies the plight of the controlled, violated, and silenced woman of the era, and struggles twice as much to be taken half as seriously by her boyfriend, anti-war group, as a journalist, and clever member of her own family.

As someone who has worked in the nonprofit field, what do you think the importance of fiction is in helping to make a difference and inspire support for causes?

Nonprofits ideally mobilize a community’s capacity to collectively organize for the common good. To manifest human rights for all, storytelling is key. From the “risks” of being a woman, black or brown, LGBTQ, disabled or aging, these shared experiences illustrate common struggles of resilience. Isabelle Allende once said, “You can tell the deepest truths with the lies of fiction.”

What advice do you have for those aspiring to write their own novels?

Aspiring novelists are avid readers, but expert guidance is recommended. Attend focused workshops and also find books on writing fiction. Apply lessons learned by reading new and best-loved novels in your genre. Summarize plots, characters, the flow, and craft. Write daily, join a writing group and/or find a supportive coach, and always believe the journey is worth taking.

Has living in Marin had any influence on your writing?

Absolutely! I attended two writing classes at Book Passage in 2004 and got my sea legs. I stayed in a writing group until my first draft was complete. Roughly 10 revisions later, with the help of a supportive Marin community of editors and authors, I am thrilled to be celebrating my Book Passage event.

Georgie is back and hanging the stockings with care when a murder interrupts her Christmas cheer in this all-new installment in the New York Times’ bestselling Royal Spyness series from Rhys Bowen. Georgie is excited for her first Christmas as a married woman in her lovely new home. She suggests to her dashing husband, Darcy, that they have a little house party, but when Darcy receives a letter from his aunt Ermintrude, there is an abrupt change in plans. She has moved to a house on the edge of the Sandringham estate, near the royal family, and wants to invite Darcy and his new bride for Christmas.

Rhys Bowen, a New York Times bestselling author, has been nominated for every major award in mystery writing, including the Edgar®, and has won many, including both the Agatha and Anthony awards. She is also the author of the Molly Murphy Mysteries, set in turn-of-the-century New York, and the Constable Evans Mysteries, set in Wales as well as two internationally bestselling stand alone novels. She was born in England and now divides her time between Northern California and Arizona.

Bowen will appear online with Book Passage on Thursday October 7 at 1:00 p.m.

Right Within by Minda Harts, and Kamala and Maya’s Big Idea by Meena Harris

Filled with Minda Harts’s signature wit and warmth, Right Within offers strategies for women of color to speak up during racialized moments with managers and clients, work through past triggers they may not even know still cause pain, and reframe past career disappointments as opportunities to grow into a new path. She is a well-connected, sought-after speaker and thought-leader, frequently speaking on the topics of advancing women of color, leadership, diversity, and entrepreneurship.

Meena Harris is an American lawyer, children’s book author, producer, and founder of the Phenomenal Woman Action Campaign, which creates statement fashion to support charity. Her first book, Kamala and Maya’s Big Idea, which is based on the story of her mother, Maya Harris, and aunt, Vice President Kamala Harris.

Hart and Harris will appear online with Book Passage on Wed., October 13 at 3:00 p.m.

Midnight in Washington by Adam Schiff

In the years leading up to the election of Donald Trump, Congressman Adam Schiff had already been sounding the alarm over the resurgence of autocracy around the world, and the threat this posed to the United States. But as he led the probe into Donald Trump’s Russia and Ukraine-related abuses of presidential power, Schiff came to the terrible conclusion that the principal threat to American democracy now came from within. In Midnight in Washington, Schiff argues that the Trump presidency has so weakened our institutions and compromised the Republican Party that the peril will last for years, requiring unprecedented vigilance against the growing and dangerous appeal of authoritarianism. The congressman chronicles step by step just how our democracy was put at such risk, and traces his own path to meeting the crisis.

Adam Schiff is an American lawyer and politician who has served as a U.S. Representative since 2001, currently serving his eleventh term. He has represented California’s 28th congressional district as a Democrat since 2013.

Schiff will appear online and in-person at Dominican University on Friday, October 15 at 7:00 p.m.

Throughout history, humans have been driven by the quest for two cherished ideals: community and freedom. The two don’t coexist easily. We value individuality and self-reliance, yet are utterly dependent on community for our most basic needs. In this intricately crafted and thought-provoking book, Sebastian Junger examines the tension that lies at the heart of what it means to be human. For much of a year, Junger and three friends—a conflict photographer and two Afghan War vets — walked the railroad lines of the East Coast. It was an experiment in personal autonomy, but also in interdependence. Freedom is a stunning reflection on the concepts of humans and the freedoms they may or may not experience.

Sebastian Junger is the #1 New York Times bestselling author of The Perfect Storm, Fire>, and Tribe. As an award-winning journalist, a contributing editor to Vanity Fair and a special correspondent at ABC News, he has covered many major international news stories.

Reviews by Paula Farmer from the Book Passage. 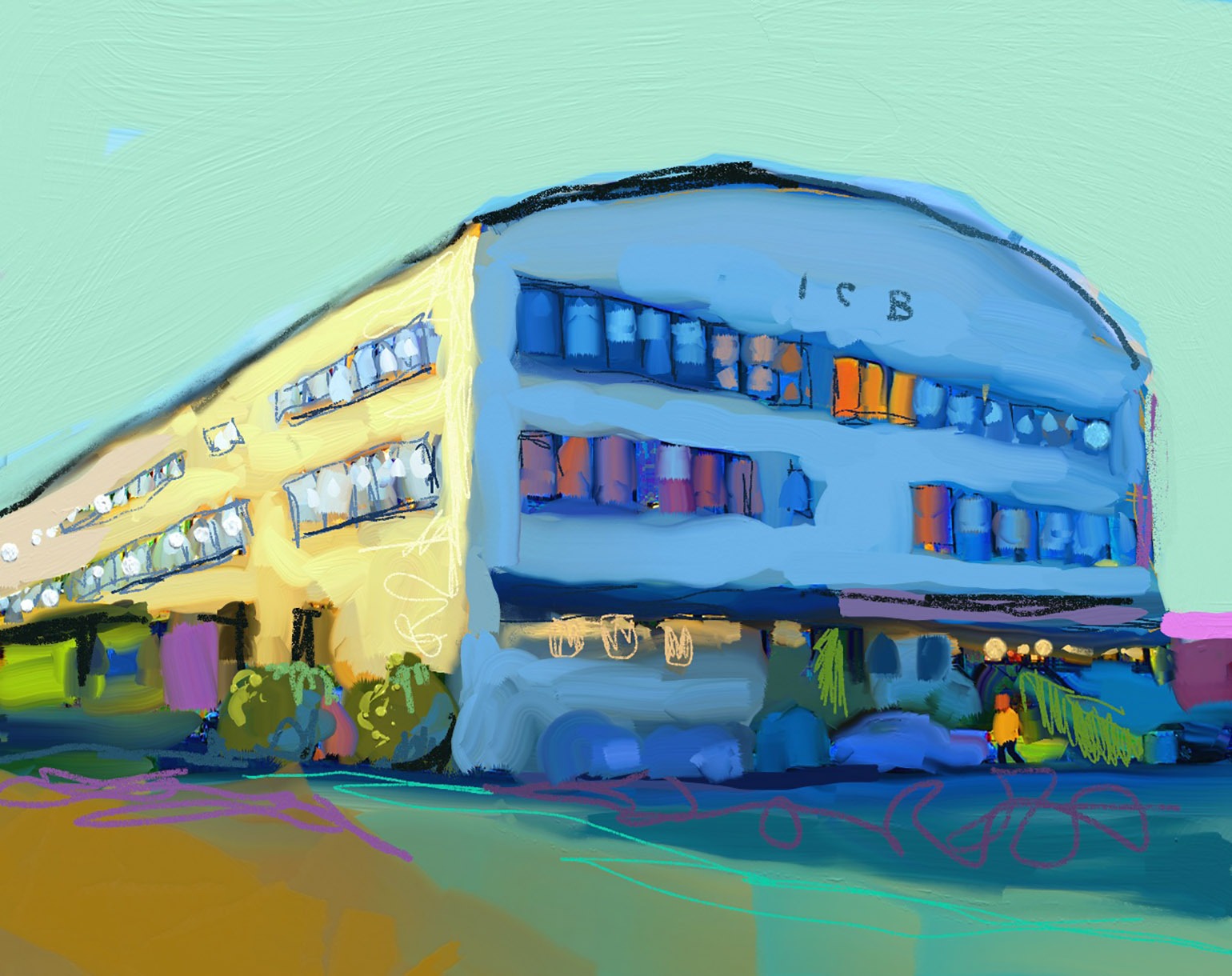